The Concert Band of the German Armed Forces

The Concert Band of the German Armed Forces inspires a keen audience at home and abroad with approximately 50 concerts every year. The Band was established in 1957. For the first time, a Military Band performed tasks in the protocolary honor service of the young Federal Republic of Germany. Since then, both the Concert Band and the Honor Guard of the Federal Ministry of Defence have served in the protocolary honor service.

In 1959 the Concert Band was transferred to its new garrison town of Siegburg near Bonn, the former German capital.

The Concert Band has always been a very popular orchestra, home and abroad. The musicians have been invited to numerous European countries, Japan, the USA, Jordan, and Russia. In 2000 the Concert Band got a new assignment to act as a representative concert band.

Outstanding gala concerts followed. Appearances at the festival MidEurope in Austria, the International Conference of WASBE in Sweden, and the World Band Festival in Lucerne have boosted the reputation and have established the Concert Band as one of the best known symphonic wind bands.
The comprehensive discography gives evidence of the wide creative power of this musical representative of Germany. 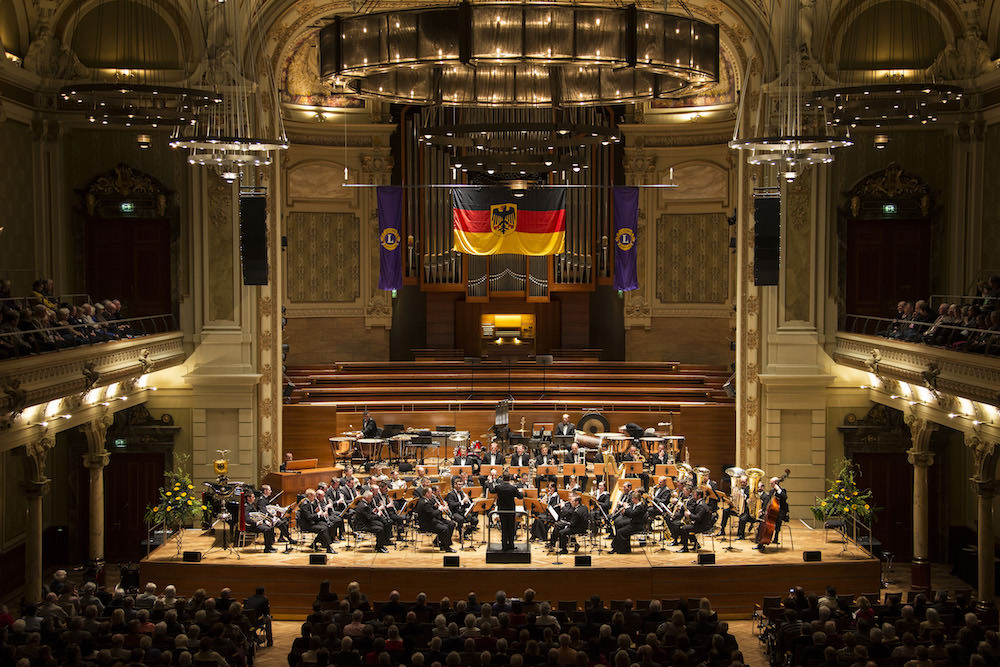