Being the biggest orchestra in town the Augsburg Philharmonic Orchestra performs 120 musical theater concerts per year – both in the Great House of the theatre and the open air stage.  On topof that there are a dozen symphonic agendas on the schedule: classical symphonic concerts as well as gala performances and a considerable music educational programme – several thousands of young people in and around Augsburg are reached through this every year.  Guest performances are taking the orchestra to Schwaben as well as Nuremberg, Munich and Frankfurt, Majorca, Italy, France and Turkey. GMD Domonkos Héja who has been guiding the musical skills of the orchestra in the 2015/2016 season stands within a long tradition of well-known conductors who shaped (gave distinction to) the history of the orchestra: Wolfgang Sawallisch, Heinz Wallberg or Eugen Jochum started their carreer in Augsburg; among the general music directors are names like Bruno Weil, Michael Luig, Istvan Kertesz, Rudolf Piehlmayer and at last -from 2009 till 2013 – Dirk Kaftan.  Contemporary music has always played an important part of the repertoire of the Orchestra which was founded in 1865 as a „town orchestra“ to perform at the theatre and which has played own symphonic concerts since 1910. 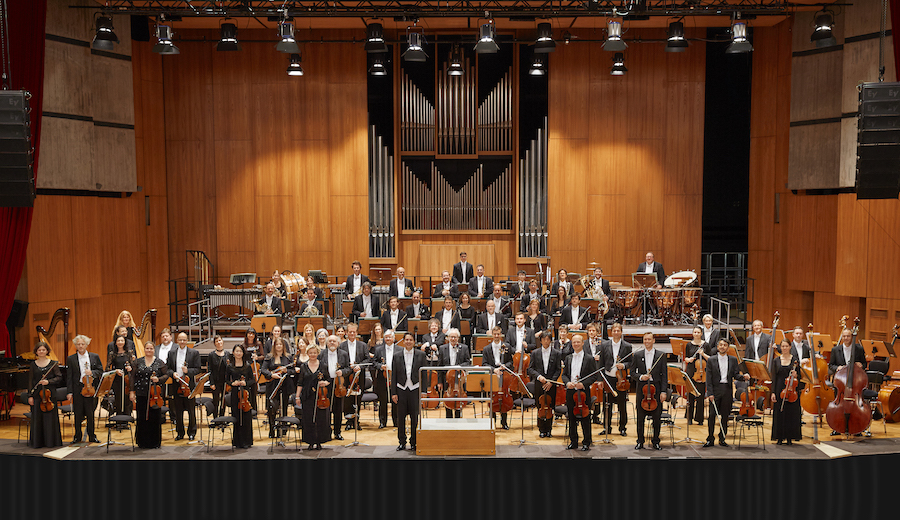